As energy costs rise, more and more people are looking to solar heating systems for energy-efficient heating and to provide other energy needs. There are two types of solar systems available: passive and active.

Both types of systems work by absorbing the sun’s heat and then releasing it to heat the home and (with active solar systems) sometimes the water supply as well. Passive solar heating systems absorb the sun’s heat, but there’s no mechanical heating device present in this type of system. Passive solar heat is simply absorbed and then slowly released as “radiant” heat in order to heat the home itself. Some elements of passive solar heating systems include large windows, brick walls, and stone flooring. These materials are great at absorbing and then slowly releasing the sun’s heat, to maintain a continual temperature within the home.

What’s most important is that there be a system of air movement or “natural convection” that utilizes the way air behaves in general to make a solar heating system most effective with this type of energy-efficient heating. For example, because lighter warm air rises and heavier cold air “falls,” the conduction system makes the most efficient use of this pattern. Natural circulation itself can be enough as long as doors are left open between rooms so that the air can circulate. However, fans can also be used to help circulate the air.

Active solar systems are much more complex, but also generate more heat. They cost more to set up and to maintain, since there is actual mechanical involvement. There are two basic types of active systems. These are known as either air or liquid systems. Liquid systems utilize water or antifreeze to collect, transfer and store heat from the sun, produced by “hydronic” collectors. Air systems utilize air as the medium to collect, transfer, and store the heat from the sun. In general, liquid systems are more economical to operate, and they also take up less space. However, air systems have an advantage in that they can produce more heat over a season than a liquid system can. And if they leak, they’re not as messy to fix as liquid systems are. However, if you do find you have a leak in your system, you should get it fixed right away even if your air system won’t quite have the same nasty repercussions as liquid system would, because it can significantly affect performance.

Active solar heating systems can also be used in capacities besides heating the home, such as heating a pool or the home’s water supply. Again, as with home heating needs, it’s not likely that your entire home’s supply of hot water will be provided with your solar heating system, but you can expect to have roughly 50 to 80% of your needs met.

In general, passive solar systems are best installed in homes that are newly built specifically to capture the sun’s energy, because you can utilize materials and the house’s position to the sun for the best effect. Active systems are best utilized if a home is to be retrofitted in order to utilize solar heat.

With both types of solar energy, you should not expect that your conventional energy usage will vanish entirely, so that you can be “off grid” as far as your heating requirements go. Rather, you should expect substantial savings. You can expect to save anywhere from 40 to 80% on your current heating bills, depending on your home’s age, its position to the sun, and whether or not it had to be retrofitted with a solar heating system.

New homes built specifically with solar heating systems incorporated will generally do better with overall savings and performance. However, this shouldn’t stop you from retrofitting if you do have an older home, as your energy savings can still be substantial. In addition, of course, you’ll be doing the earth a big favor by cutting down on your own use of fossil fuels and other global warming villains, for energy-efficient heating.

Have a look Nomad power system review Nomad power system helps prepare you for the most uncertainties in life – be it war, economic collapse, natural disaster, a zombie disaster. The program to complete energy sources to create the necessary steps and teach during the emergency to how it should be used. You will learn to live and improve if no surviving hydraulic power is available. Nomad power system is designed to overcome the power shortage and tough conditions. When needed, this system will be your primary or backup power source.
Love and Share Content : 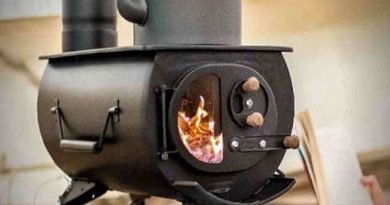 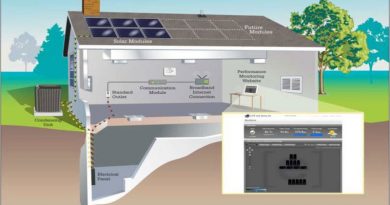